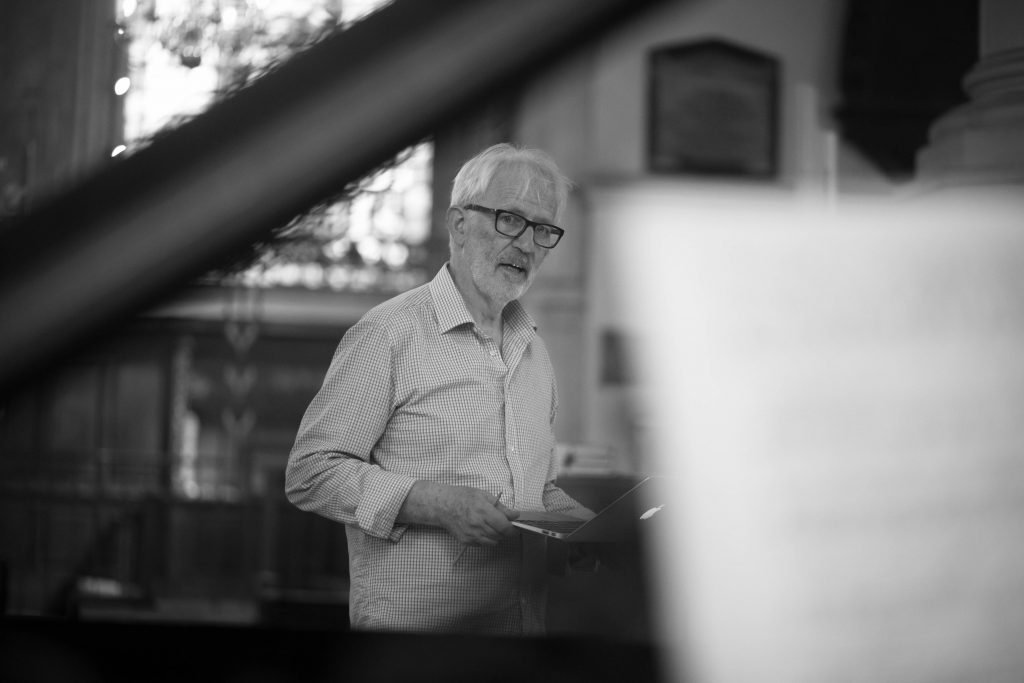 Tim Brown started his music career as alto choral scholar in the choir of King’s College, Cambridge, under the legendary Sir David Willcocks, and a layclerkin New College Choir, Oxford. This was followed by a number of years as a founder-member of The Scholars vocal ensemble. In 1979 he became Director of Music at Clare College, CambridgeUniversity, where he was an affiliated lecturer in the Faculty of Music. With the choir of Clare College he made regular overseas concert tours and many acclaimed radio broadcasts and CDs, including recordings of music by John Rutter, John Tavener, and Ralph Vaughan Williams, and collaborated with eminent international conductors, including Sir John Eliot Gardiner, Sir Roger Norrington, Ivor Bolton and René Jacobs (with whom the choir recorded Handel’s Messiah). During his tenure at Clare College, Tim Brown also re-founded the Cambridge University Chamber Choir, with whom he gave many acclaimed concerts of Bach and Handel oratorios, and also recorded music by Christopher Tye and Samuel Barber.

His work with Clare College Choir, Cambridge University Chamber Choir and English Voices has brought Tim an international reputation as a choral trainer and conductor; he is much in demand as a guest conductor and as a choral clinician all over the world. In 2010 Tim stepped down as Director of Music of Clare College to pursue his wider conducting and choral clinician career, but remains involved in university music-makingas visiting Director of chapel music at Robinson College. In 2011 he was appointed founding artistic director of the Zürcher Sing-Akademie.

Tim Brown is a contributing editor to the complete edition of the Music of William Walton (Oxford University Press) and editor of a number of other choral editions. 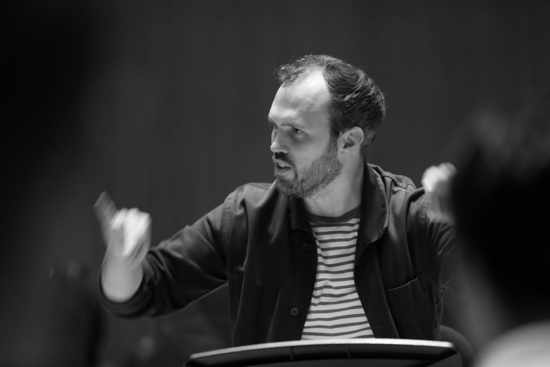 Richard Wilberforce shares his time between the UK where he is conducts the Cambridge University Symphony Chorus, following on from Sir Stephen Cleobury in that role, and Paris, where he conducts the Jeune Choeurde Paris and Maîtrise de Paris, and teaches choral direction at the Conservatoire à Rayonnement Régional de Paris. Richard trained at St John’s College, Cambridge and the Royal College of Music, where he was the recipient of a number of awards. His careeras a countertenor led him to sing solo roles in many of Europe’s principal opera houses, such as the Staatsoper unter den Linden, the Tiroler Landestheater Innsbruck, the Théâtre du Capitole and the Grand Théâtre de Provence. He continues to sing on occasion with the Monteverdi Choir.

As chorus master and conductor, he was for five years Director of the Hallé Youth Choir, working closely with Sir Mark Elder, and has worked with many of the UK’s leading choirs, including, the Leeds Philharmonic Chorus as Chorus Master, the Exon Singers as Conductor and Artistic Director, as well as guest directing the London Philharmonic Choir, the BBC Symphony Chorus, and the Huddersfield Choral Society. His work in France has led him to chorus master productions at the Philharmonie de Paris, the Festival d’Aix-en-Provence, and the Opéra de Rouen.